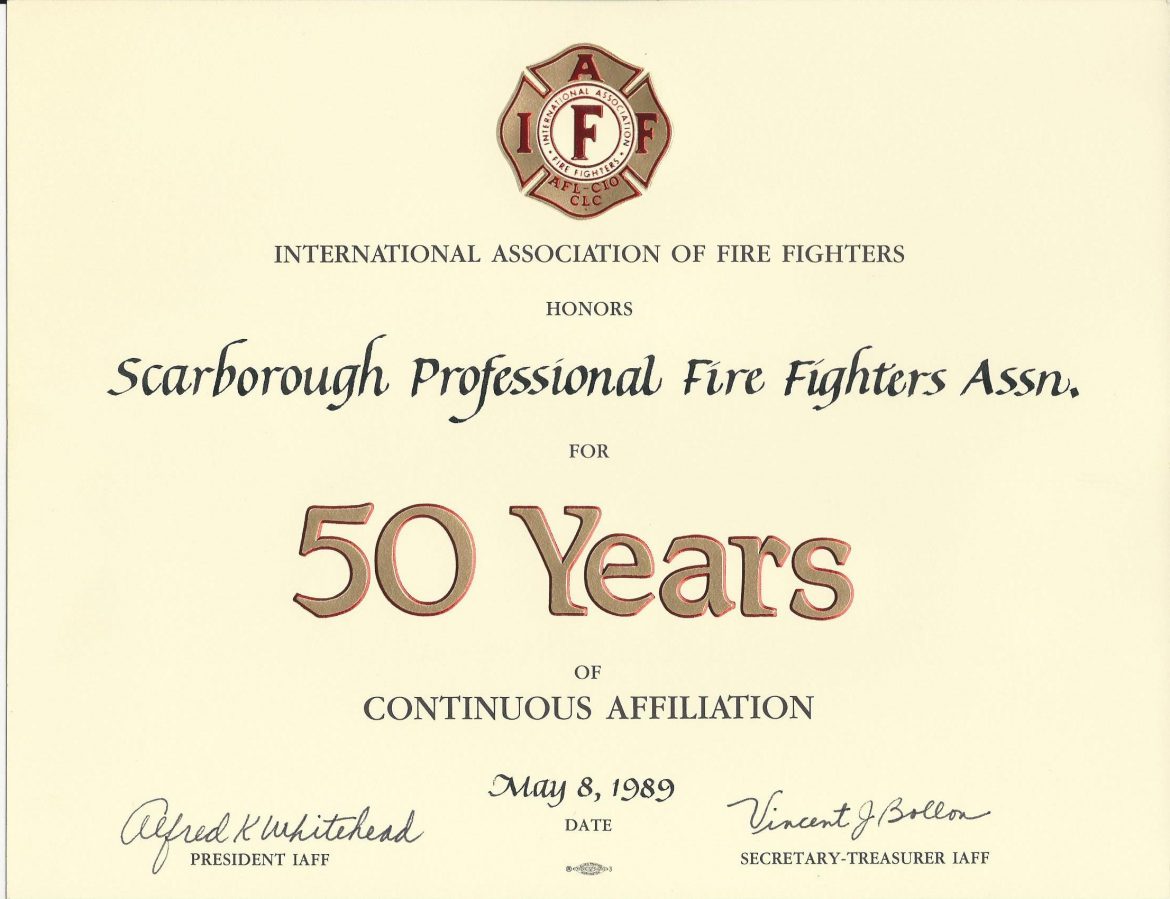 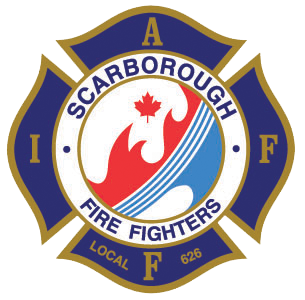 As Scarborough grew so did the Fire Department from those first seven to a high at one time of 504. By 1998 the Scarborough Professional Fire Fighters Association represented 487 full time paid professional fire fighters, fire prevention officers, and technicians in the City of Scarborough. The City had a population of 550,000 and was approximately 72 sq. miles in size.

This growth saw the Association with 9 executive officers which included the President, Vice President, Secretary and Treasurer. The Locals Executive Board worked hard at representing the 487 full time paid professional fire service employees. In 1988 the Association moved into a permanent office located at 695 Markham Rd. in Scarborough.