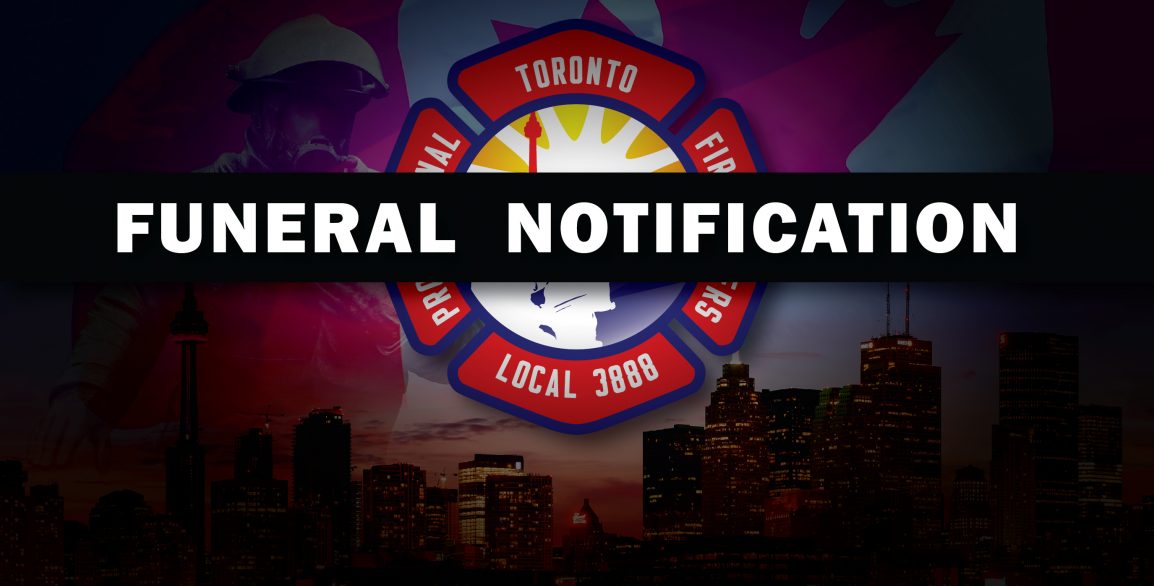 It is with great sorrow that we notify our members of the passing of sister Cairns. She passed peacefully last night with family by her side at Toronto General Hospital, at the age of 53. Traci was born on May 26, 1969, and joined the Toronto Fire Services on Sept 2, 2003, she served almost 19 years with us. After 10 years of service in 2013 and when the honour guard was formed, she was one of the first in line to join. She took pride in wearing the TFS Honour Guard uniform and was very active in attending many ceremonies for our fallen.

We sat with Traci a few weeks ago and enjoyed tea on her front porch in Etobicoke. We very quickly realized what an exceptional community-minded person she was. She was very involved in her community volunteering with, community cleanups, garage sales, and other community events. She even has a Doggy library on her property fitted out with books, doggie treats, and bags. Traci had an appetite to help, with charity boot drives and fundraisers. She liked to socialize with friends and family but going to an Argo’s or Jay’s game with Drew was her true pleasure.

Our heartfelt condolences to Traci’s family, friends, and co-workers.

To help manage the attendance for the ceremony, we are asking members to RSVP using the following link. RSVP for Active Member Traci Cairns

Reception – A reception will follow at Kane-Jarrett Funeral home after the service. We will be forming up and honouring Traci with a rolling salute. Members will be asked to form up and come to attention when the command is given. The rolling salute begins at the colours (Canadian Flag) and is completed, at the rear step of the caisson, then bowing your head as the family passes. Continue to stand until you’re dismissed. TFS personnel attending the funeral are to wear full dress uniform, (white shirt and gloves), and cap. Cap badges will not be shrouded.